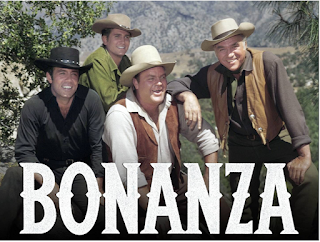 I’ve always loved Westerns.  Being horse-mad from childhood into my 20s, I watched anything with horses.  I loved Hoss—such a gentle giant.

2) The show centers on The Cartwrights, who lived on a massive ranch in Nevada. License plates in Nevada read, "The Silver State." What's on your license plate?

We have the BEST license  plates here in New Mexico.  The newest plate has even won awards (I had no idea there were National awards for license plates, but there you go).  We used to have the classic yellow plate with our states Zia symbol, but liked the new plate so much we switched. 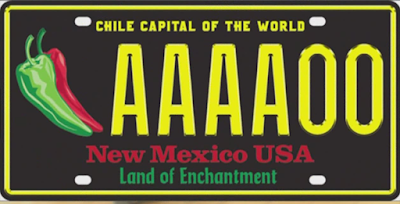 3) Ben Cartwright made his fortune as a cattle rancher. What's the last beef dish you ate?

Just last night, hubs and I split a gorgeous prime New York strip that he grilled.  Melt in your mouth!  I say split, but it was more like tried to split, lol.  The scraps are going on a salad.

Green Darkness by Anya Seton, for the umpteenth time.  It’s a great re-read and stress reliever for me.

5) Ben's second son, Hoss, was born to his second wife, Inger, who was killed as the family traveled West by wagon train. Hoss inherited her open, friendly manner and her way with animals. Are there pets in your home?

Oh yeah, lol.  Four legged children.  Maddie the Australian Cattle Dog, and four cats—Randall, Ellie, Lucy, and Lily.  Ginger is no longer with us, but lives in our hearts forever.
.


6) Ben's youngest, Joe, arrived after Ben married a third time to the passionate Marie, who died in a riding accident when her son was only five years old. Little Joe inherited her impetuosity. Do you consider yourself more spontaneous or predictable?

Quite predictable.  I have a hard time being spontaneous.

7) Samuel Clemons was a reporter in Virginia City at the time when the Cartwrights would have been there, and a fictionalized version of Mr. Clemons appeared in an episode of Bonanza. Without looking it up, do you know Samuel Clemons' famous pen name?

8) Hair was a big deal in the Bonanza dressing room. Three of the original four stars -- Lorne Greene, Pernell Roberts and Dan Blocker -- all wore hairpieces. (The fourth, Michael Landon, began dying his hair while still in his 20s because he was going prematurely gray.) Have you ever worn a wig or a hairpiece?

Nope, but I did dye my hair for years after I started going gray.  I gave that up a few years ago and decided to own the gray.

9) Random question -- Tell us the story behind one of your scars.

I have a scar on my forehead, right in my hairline.  The first house I really remember well was a brick house in Ocean Springs, Mississippi.  It had a carport, which had a wall that was about waist high on an adult and a bricks horizontal with across.  My brother and used it as a balance beam.  When I was 7 and he was almost 5, we both fell off and have nearly identical scars on the forehead, right at the hairline.  Didn’t stop us from climbing on the wall, though.