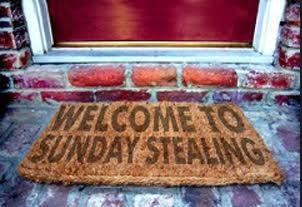 
1. Last movie you watched.  The Vast of Night, on Amazon Prime.  I thought this was a little gem.  Cool, retro, and weird.

2. Last movie you watched in a theater.  I loved this great whodunit.  The acting was top shelf.

3. Film you’ve always wanted to watch, but haven’t.  Roman Holiday.  Just not a fan of black and white.

4. Favorite movie soundtrack.  Memoirs of a Geisha.  Favorite John Williams soundtrack ever (and that's saying something--I love everything the man has done.

5. Your favorite movie duo.  Korg and Miek from Thor Ragnarok.  "Wanted to start a revolution, but didn't print enough pamplets."  Cracks.me.up.everytime.  Why?  Not a clue.


6. Movie you like because of its story.  John Wick.  Yeah, it's hyper-violent, and I always have to start after the dog scene, but the world-building in this movie is fantastic.  Keanu is perfect, and Michael Nyqvist (RIP) is evil cool personified.

7. A film that disappointed you.  Oh, how I wanted to like Guardians of the Galaxy II.  I loved the first one, Chris Pratt was great, I loved the colors and the ship, and Rocket and Groot.  It was just cool and different from every sci-fi superhero movie I'd seen up until then.  Shouldn't have gone back to the well.  You can never get that first time back.

8. Favorite scene from a movie.  A Few Good Men is my favorite courtroom drama, and the scene at the end is Jack at his scene-chewing best, and Tom Cruise has more life in him than he sure does these days.  Great, great scene.


10. A movie you keep going back to.  Contact with Jodie Foster.  I've been to both of the major locations in the film--the Arecibo Observatory in Puerto Rico and the Very Large Array here in New Mexico.

1
11. A quote you admire from your favorite movie.  This one, from the aforementioned Contact, is a classic, and so true.

12. A movie based on a true story.  Hidden Figures.  Outstanding acting, casting, music, etc.  And in real life--these women were heroes.

13. Your favorite actor/actress.  I can't even go there.  There are so many.

14. A sequel you’re not a fan of.  The whole 2nd set of Star Wars movies collectively.  Ugggh.

15. A film you know by heart.  Serenity.  I am a Firefly fan from way back, and never thought this movie would get made.  You can't stop the signal, though.  Summer Glau as River has always been my favorite character in the Firefly universe, and she doesn't disappoint here.  Like one of the YouTube commenters said "don't mess with a ballerina trained in martial arts".  Enjoy.


16. Your favorite opening scene.  The tracking shot from The Player.  That whole movie was super fun to watch, and eminently re-watchable so you could catch all the easter eggs.

Opening scene from The Player (1992) from Single Shot Film Festival on Vimeo.

17. A film that was based on a book and was executed well.  The Devil Wears Prada by Laura Weisberger.  Meryl Streep was such a blast.

18. A comedy film.  The aforementioned The Birdcage is one of my favorites.  Dirty Rotten Scoundrels is right up there--Michael Caine and Steven Martin?!  How could you go wrong.

19. TV series you’re binging on now.  I just bought Mad Men on Vudu, and starting and epic re-watch/binge a couple of days ago.  The writing, the stories, the clothes, the production design, the music, the acting—everything about that show just does it for me.

20. A TV series you think is underrated.  Bodyguard.  Caught this British show a while back...it was a gem.