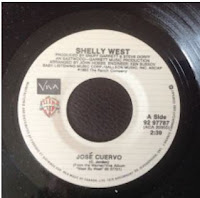 1) In this song, Shelly West sings that she woke up late on a sunny morning. How's the weather in your part of the world? 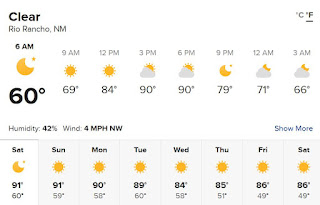 2) She wonders if she started any fights while under the influence. Who's the last person you quarreled with?

Hubs.  We both got over it.

3) OK, margaritas for everyone! Shelly sings that she likes hers with salt. What's your order? Classic or strawberry? Salt or sugar on the rim?

Don’t drink, but way back in the day, when I did, I preferred a classic on the rocks with salt on the rim.

4) Jose Cuervo was a real person. He was one of the first to put tequila in bottles instead of barrels. Since bottles are easier to ship, it was a good decision. Tell us about a recent choice you're glad you made.

Super glad I made the decision to leave my previous job and take on a new challenge.  This job has about 95% LESS stress than the old one, is more interesting, and I still get to work from home.  Total WIN.

5) This week's featured artist, Shelly West, decided upon a career in music while still very young. She went on the road and sang backup for her mom, country music legend Dottie West, when she was still in her teens. When Sam was in her teens, she really didn't give her professional future that much thought. How about you? Did you already have career ambitions when you were in your teens?

Nope, had no idea what I wanted to do with my life.  I was going to do the standard eighties thing and get a business degree, but stuff got in the way.  Good thing too, because I ended up going to nursing school and taking on a career that I love.  It all worked out.

6) In 1983, the year this song was popular, Sally Ride became the first American woman in space. Do you ever fantasize about being an astronaut?

I love science fiction, but I have never had any interest in actually GOING to space.  I have terrible motion sickness, and I’m sure I’d be one of those people who would be throwing up constantly.  Just no.

7) Also in 1983, quarterback Aaron Rodgers was born. The NFL season is just kicking off. Do you have high hopes for your team this year?

Don’t have “a team” so no high hopes either.

8) In 1983, Motorola introduced the first cell phone. Do you have an easy time adapting to new technology?

Yes, it’s definitely a gift.  I’m really good with computers, software, and can pretty much figure out whatever I put my hands on.

9) Think of the last potato chip you had. Was it plain, sea salt, barbecue, sour cream and onion ...?

Just a plain old Lay’s Classic.  Not my favorite chip, but for whatever reason, Jersey Mike’s doesn’t carry any plain kettle-style chips or plain Ruffles.  Why is that?

Now for some thoughts on today.  What IS it about our culture that we re-traumatize ourselves over and over with tragedy?  I watched the towers come down on 9/11 from my couch.  It was horrifying.  The loss of life … I felt so bad for those who lost their lives, their families, the responders, anyone who was involved.  What I don’t understand is why we have to do this collective “never forget” thing every.single.year.

That day, and what came after forever changed the political landscape of this country and got us to where we are now.  To me, that’s the bigger tragedy of 9/11—America going backwards with such fervor that we politicized a PUBLIC HEALTH CRISIS, voting rights are being squashed, and states are attempting to overturn Roe v. Wade.  A sitting president incited an insurrection at our capital!  I wonder, if 9/11 had never happened, would any of these things have happened?

Today, I choose to “never forget” the 690,000 (according to a new study) people who have died of COVID; the countless people who fought for voting rights, civil rights, and women’s rights; and the millions who have died in senseless wars never won.  Just for today, I’ll leave the poor folks of 9/11 to everyone else.