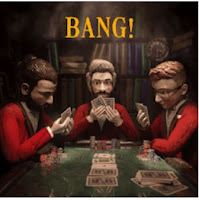 First of all--this was an exceptional Saturday 9, and you can play here.

Unfamiliar with this week's tune?  Hear it here.


1) This song is about a young man who is living on his own and doing adult things, like getting his own apartment, eating better and doing his own taxes, but he doesn't yet feel grown up. Do you remember when you felt like a grown up?

Ha.  This was fairly recent.  I had two marriages, and a daughter, and owned  3 houses, and STILL felt like I was playing house.  It wasn’t till I didn’t have the first two husbands (won’t say “lost), and lost the 2nd house and the daughter before I well and truly acknowledged that I had NO.FUCKING.CLUE. how to adult.  I think a lot of folks “claim” adulthood” when they have no clue, but I had to go through what felt like a lot of very painful lessons on what it means to be an adult.  Grant you, I grappled with mental illness, etc. etc., but still.  I feel like I’ve gotten a handle on it, but it literally took me until I was 40 at least.  I’m a late bloomer, I guess?

2) He mentions not being sure of his login password. Is this something you struggle with? Or are you able to zip into your accounts?

Back in the day I zipped into my accounts because I had very bad internet habits.  These days, I use a password locker, and change things up regularly (which is a royal pain in the ass, mind you, but worth it) and STILL—vigilance is important—highly recommend it.

3) Both the video and CD cover show the band playing games of chance. What's the last game that you played?

4) This week's featured band, AJR, is named for the three brothers who make up the trio -- Adam, Jack and Ryan Met. Until recently, all three brothers lived at home and wrote songs together in the Met family living room. Do you have siblings? If so, what's something you enjoy doing together?

I have one brother.  We are not close, in traditional terms.  We fought like cats and dogs for most of our childhood, and lived far apart for most of our early adult years.  I was off being married (twice) and traversing the country, and he was off in the Navy (and being married twice).  We became…closer when we hit our 40s, and talk a couple of times a year, and visited a lot the last couple of years my Dad was alive.  We are very different, but I love him, and am happy he’s happy.  We talk every 3 months or so, and take up where we left off, so to me, that's a good thing.  I hope he and his wife come out and visit Mom and I next year.  (Funny—we are both inveterate workaholics, that work ethic is strong in my family).

5) The oldest Met brother, Adam, now lives with his girlfriend in an apartment near Columbia University, where he is a PhD candidate. During the school year, he only works on his music on weekends. Next summer, in 2022, he should be done with his studies and plans on touring the country with the band. Some tour dates are already scheduled. If possible, do you like to make plans far in advance? Or do you prefer spontaneity?

I like to plan far in advance.  Which the pandemic and global warming has royally fucked.  Hubs and I hoped to go to New Orleans in the next year or so, but thank you hurricanes, and thank you pandemic, we have no clue when we will go.  I’m rethinking the whole New Orleans thing and thinking maybe San Diego would be fun….

6) Jack and Ryan also attend Columbia and share an apartment with their dog. They like to unwind on Fridays, after a week of classes, with a game of air hockey, followed by sushi or sashimi at their favorite Japanese restaurant. What did you do on Friday night?

Friday is almost always a night in.  Well, almost ALWAYS weekends are a night in, but the night before payday, especially.  We are usually eating the last thing on our list, which is likely leftovers, or something in the freezer (which I guess is also leftovers, even if we haven’t had it before, like a steak).  We don’t like going out in the evening and save our money for lunches out on the weekend.  As we ramp up to Christmas, we cut the grocery budget and add to the Christmas budget, so yummy food we’ve made and frozen is fine.  The only time I really feel like a “night out” is for a special occasions like our anniversary or a night over to Mom’s house.  We are definitely more “lunch people”.

7) In 2020, the year this song was popular, the most streamed TV show was The Office. The show went off the air in 2013, but during the pandemic and quarantine, it found a new audience. What series have you binged on recently?

We have loved Leverage since it’s beginning, and now that Leverage:Redemption has hit the airwaves, we are VERY happy.  It’s hard to pick a favorite character—but we are both agreed that we are glad that Timothy Hutton has exited stage left.  Hubs and I both love Parker, but I also love Breanna and Mr. Wilson.  If you love capers and con men (with a heart of gold), you really shouldn’t be missing this show.

8) According to Amazon, the best-selling novel of 2020 was Where the Crawdads Sing. Is there a novel you'd like to recommend to Sat 9ers?

So many.  But my favorite thing of recent years, and frequent re-read, is Hild, by NicolaGriffith.  It’s brilliant.

9) Random question: Your local drug store has self-check out. You confess to your best friend that you absent-mindedly missed scanning an item, walked out of the store with it, set off security and were caught unintentionally shoplifting. The store manager believed you so there were no repercussions, but you were mortified nevertheless. Would you expect your best friend to share your embarrassing story with his/her spouse?

Let’s just say I wouldn’t be surprised (although I really don’t have a “best friend” other than my hubs, but my closest work friend likely would share the story).