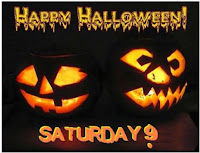 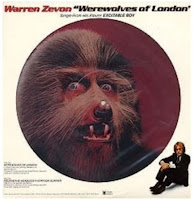 Unfamiliar with this week's featured song? Hear it here.

1) In this song, Warren Zevon sees a werewolf with a Chinese menu in his hand. He wanted beef chow mein. If we Saturday 9ers got together for Chinese, what would you likely order?

Traditional pork steamed dumplings (if they were on the menu) and a bowl of hot and sour soup.  If we were going to a more “Chinese-American” style restaurant, I’d have Kung Pao chicken.

2) He also says the werewolf's hair was perfect. Are you having a good hair day?

Not particularly.  I am way overdue for a cut, which isn’t until 11/13.  My stylist books about a month out, and invariably, I wait until I’m miserable to make an appointment, which means I get to be miserable for another whole month.

4) Warren Zevon admitted being afraid of doctors and avoided check ups. Are you scared when you go to the doctor or dentist for a routine visit?

Doctors not so much.  I have extreme dental anxiety.  I pay out of pocket for nitrous, even for cleanings.  Something about all that scraping and noise inside my head just ….. no.  But since I don’t want my teeth to fall out of my head, I subject myself to it about once a year.  Not the required twice, but it’s what I can do.

5) In 1935, the movie Werewolf of London was released. Do you enjoy being frightened by scary movies?

I like older horror from the ‘70s and '80s.  For example, The Shining was one of the scariest things ever, though overly long.   The Omen was also one of the scariest movies I can ever recall.  Rosemary’s Baby was pretty damn frightening too.   Something with a more psychological bent, I guess.  The whole torture-porn, slasher, jump scare thing doesn’t do it for me.

6) In your younger days, did you ever trick or treat while dressed as a monster?

I don’t recall ever going as a monster.  The usual ghost, witch, hula girl type things were more my speed.

7) When you were a kid, what sweet treats were you happiest to receive?

I loved Bit-O-Honey, Butterfingers, and these things that were popular in the South, Chick-O-Stick (a peanut butter candy rolled in coconut).  Believe it or not, Chick-O-Stick, made in Texas by Atkinson Candy Company still exists!  It even comes in a sugar-free version.  Hmmmm.

8) Can you see any Halloween decorations as you answer these 9 questions?

Not a one.  I’m in my office.  If I were in the living room, I’d see this metal tree we have on the wall—we hang various seasonal ornaments from it, and it’s currently decorated in Halloween ones. 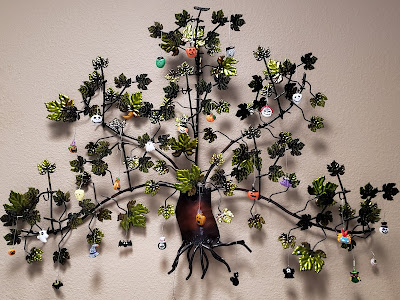 9) Halloween is most popular in the United States and Canada, and isn't really celebrated at all in Japan or South Korea. How would you explain our Halloween customs to a visitor from another land?

Kids go from house to house in silly costumes knocking on doors and asking for candy.  People give it to them.

The visitor from another land would be….perplexed, I would guess.