My dad passed away 3 years ago today, with me holding his hand and telling him how much I loved him.  So, in honor of my Dad, here are 13 things about him.  I think I did a similar post some time back on a Sunday Stealing, but what the hell.

1.  He was a star athlete, especially in high school.  He was 6'4" and played basketball, baseball, and football for Hanover High School.  I have an entire box of articles about him that my grandmother cut out of the local papers.

2.  He had issues with alcohol his entire life.  It was not easy on us, at all.  Growing up in all that turmoil was hard.  He stopped when he got cancer in his 60s.

3.  Former Navy, my father was part of the crew on the first nuclear submarine, the U. S. S. Nautilus.  To be a nuclear Navy submariner, you had to be smart, and he was.  Brilliant.  He parlayed a 3 year Navy hitch into a career in nuclear power (both in shipyards and in new construction, then as a consultant in the clean-up of nuclear waste). 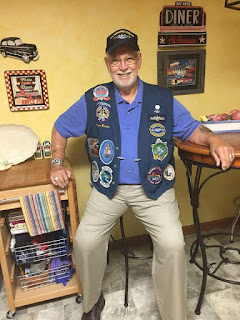 4.  He did not graduate from high school, rather, got his GED.  He took some college courses, but never "went" to college.  The Navy was his college.

5.  Dad never met a stranger.  He was a true extrovert, and loved to talk to anybody.  He had so many stories, and could bullshit with the best of them.  One of my favorite stories is about his arrival at his first day of work at the shipyard in Mississippi.  My father is from a small town south of Boston Massachusetts, and had the accent to go with that.  He gets to his shop, where he's going to be a supervisor, and his new employees have thrown his desk, his chair, and his hardhat into a drydock that was filled with nasty drydock water.  He laughed his ass off, jumped in, and collected his hardhat.  Safety first, he told the men.  They ended up loving him, and many became lifelong friends and co-workers.

6.  He was an amazing pool player in his younger days, even playing Minnesota Fats once (he lost).

7.  He had prostate cancer for over 20 years, and was very angry and scared in his last years.  He just couldn't believe his life turned out this way.

8.  He loved cars.  Everything about them, but especially racing them and showing off his 1939 Chevy FatBoy hot rod.  I knew he was done with this life when he sold that car about a year before he died. 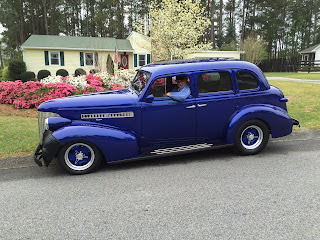 9.  He had an incessant drive to succeed, a work ethic that bordered on workaholism, and my brother and I are pretty much the same.  I'm OK with that.

10.  He loved us, but had a hard time showing it.  Later in life, both my parents became more affectionate, but they weren't huggers, that's for sure.  We had a lot of good times together, especially after we were grown.

11.  One of the last really fun things we did together was go see the play The Addams Family at the community playhouse.  He had trouble hearing the words, but every time the theme was played, would sing along, regardless of what anyone thought.  We had a fabulous time. 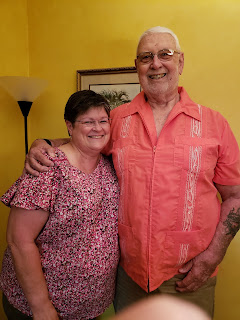 12.  He was proud of us.  All of us.  Mom went to college and got her degree.  I earned a Masters (he didn't live to see me get the second one).  My brother went in the Navy.  He wanted the world for us. 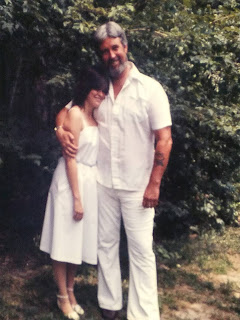